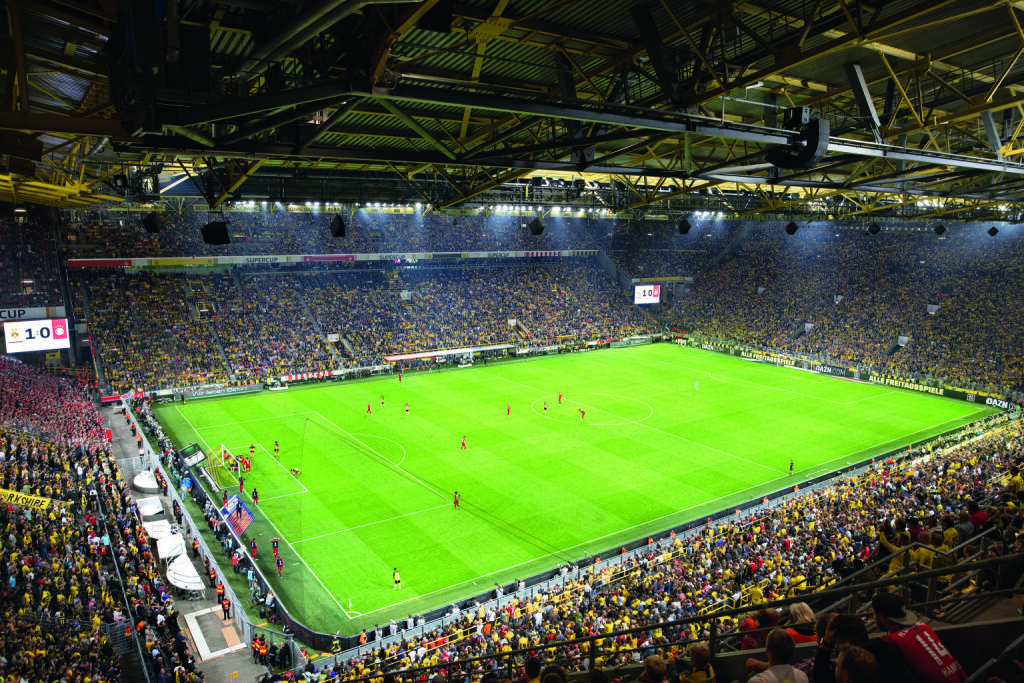 Zumtobel: The lightning group  Zumtobel slightly increased Group revenues by 1.5% to Euro 603.8 mn in the first half of 2019/20. This positive result is primarily attributable to the core markets of the D/A/CH region (Germany, Austria, Switzerland), with a 5.5% increase in revenues, and the seasonally strong autumn months. Group EBIT adjusted for special effects amounted to Euro 43.9 mn, up 77.1% on the first half of the 2018/19 financial year. The company thus increased the adjusted return on sales from 4.2% to 7.3%. The positive development of the Group’s profitability is attributable to the slight increase in revenues and cost savings. As a result, net profit for the period rose from Euro 8.8 mn to Euro 24.7 mn. “After several very challenging financial years, the current company performance is a confirmation of the path the Zumtobel Group has taken: Despite unfavourable market conditions, we were able to close the first half of the 2019/20 financial year with a slight improvement in revenues and a highly satisfactory earnings increase,” Zumtobel Group CEO Alfred Felder comments on the figures and adds: “For the second half-year, which is always weaker for seasonal reasons, we now have to invest our full effort into maintaining course for profitable growth. All in all, we expect a slight increase in revenues for the 2019/20 financial year and an improvement of the adjusted EBIT margin to 3 to 5% and therefore adhere to the guidance previously communicated.”
Zumtobel: weekly performance:

Porr: Austrian construction group Porr has secured a new large-scale order in Vienna’s 20th district. A general contractor agreement was signed with the property developer Premium Immobilien AG. Directly beside Vienna’s Millennium Tower, at Handelskai 98-100, Porr is building a total of 402 apartments with a gross floor area of 19,500 m2 and 243 parking spaces for the developer Premium Immobilien AG. Residential units ranging from 31 m2 to 83 m2, clever layouts, and high-quality fittings and fixtures promise outstanding comfort. Around 3,200 m² of commercial space will be offered, alongside 2,100 m² of office space.
Porr: weekly performance:

Vienna Airport: The access road to the VIP Terminal and General Aviation Center (GAC) at Vienna Airport will be called " Niki Lauda Allee". Niki Lauda was not only one of the great personalities of Austria, he was also intensively involved with aviation. For permanent, honorable memory, therefore, the "Niki Lauda Allee" is dedicated to him at Vienna Airport, together with a commemorative plaque on the VIP Terminal. The choice fell on the entrance to the VIP Terminal and General Aviation Center. So a road Niki Laudas name, to which he himself had a very close relation: The three-time Formula 1 World Champion has regularly started by the GAC in his private plane even as a pilot in the wide world or returned from there. "Niki Lauda was a sporty exceptional personality and has shaped the aviation significantly. We are pleased that his widow Birgit Lauda has agreed to place in his honor with this avenue a permanent monument at Vienna Airport. Whether as an avid pilot or as an operator, Vienna Airport was closely connected with his life in many ways," said the board members of Flughafen Wien AG, Julian Jäger and Günther Ofner.
Flughafen Wien: weekly performance:

OMV: OMV and Microsoft agreed on a strategic partnership. OMV will implement Microsoft cloud technologies such as the hybrid cloud platform Azure, which will allow scalability and ubiquity in both data storage and processing. In the next three years, OMV expects a significant part of its processing capacity to be located on intelligent cloud platforms, and will also adopt Office 365 as the communication, collaboration and productivity solution for its employees. With this agreement in place, OMV will be able to accelerate the building of skills required for the digital age.
OMV: weekly performance: